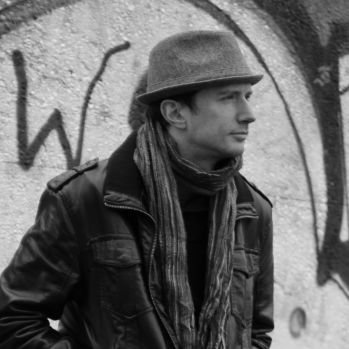 Maxon was born in year 1980 in Münster/Germany and has norwegian roots. Inspired by his older brother, he developed a fascination for electronic music from an early age on – a fascination which would soon turn into a passion.

From 1995 on, he has actively contributed to Münster’s electronic dance music. He has acquired the techniques of DJing – including its theory and practice. He gave it a shot, tried, refined and gained many experiences.

Owing to his repertoire, his variety regarding genres and his affinity for diversity in general, Maxon is able to offer a wide range of different styles – an expression of his competence and expertise. He excites, enthralls and thrills his audience with his huge spectrum of vibrant and pumping beats underpinning his love and his reckless abandon for music and his pleasure for DJing.

In addition to playing gigs at the old “Depot” and the legendary Fusion Club in Münster, Maxon is the resident DJ of the famous Club Charlotte in Münster, and also runs his own event there which – amongst others – were the hosts of Daniel Steinberg, Marc O’Tool, Thomas P. Heckmann, Michael Knop, Sascha Sonido and Bebetta. Maxon also runs his own label Tonboutique Records together and presents releases from Andreas Henneberg, Alfred Heinrichs, Broombeck, René Bourgeois and many more. Not thinking too much about styles…important is the rise of the right feeling at the right moment.